In March of 2020, the whole world came to a screeching halt as the coronavirus plunged nation after nation into quarantines and lockdowns.  Teach All Nations was caught in the deadlock of the pandemic as Delron barely made the deadline of getting home from Africa the day before the international travel ban went into effect.  At first, we thought that life would return to normal in a few weeks or a couple of months at the most.  However, as the restrictions ground on, we wound up canceling seven overseas missions that had already been booked and a long list of others that were in the planning stages.  So, after being “grounded” by the pandemic for twenty-six months, we were more than eager to get back on the mission field.  Yet, we were hesitant about where we should begin due to having experienced a couple of “false starts” when plans for a mission to Africa had to be scrapped when the countries slammed their borders shut again as the omicron variant suddenly appeared in South Africa and when a trip to Vietnam was nixed because a new surge in China caused all the nations in the vicinity to go on high alert.  As we prayed and considered where we might find an open door, Peggy felt that the Lord spoke to her that He was providing not just an open door but a new door.  Just a few days later, we were contacted about the possibility of ministering at a conference for the underground church of Muslim background believers who planned to cross the border from their restrictive country which is ruled by strict Islam sharia law to a safe venue in a nearby location – not only a new country but an entirely new culture to whom we had never ministered.  The amazing thing is that that the location where they were to meet turned out to be in the general vicinity of the location where the Apostle Paul penned the words of I Corinthians 16:9 that Delron had been focusing on as his promise for the reentry to our mission work – a great door and effectual is opened unto me.

Yet, there was one problem.  Delron’s passport had expired during the time it had been sitting idle in the safe.  He had sent it off for renewal just before the invitation to this conference came; however, since there were no immediate travels planned, he had not requested expedition services – meaning that it could take up to eleven weeks to get it back.  At that rate, the conference would be over before he had a passport to travel with.  When we called the passport service to see if it was possible to upgrade the service for speedy processing, the agent asked several questions in order to establish Delron’s identity over the phone.  The first was his birthdate.  When Delron gave him the answer, the agent responded, “That’s my birthday!”  Next, he asked for our address.  To that answer, he replied, “That’s where I was stationed when I was in the military!”  Feeling that it was divine favor to have been connected with an agent who seemed to personally relate to our case, we were confident that everything would go smoothly.  However, we didn’t expect that the passport would be processed that very day and sent to us via overnight delivery without our having to go for an interview at the office in Denver were such special processing is usually handled.

Upon arriving at the conference site, we found that the spirit of freedom among the delegates was literally tangible as the delegates celebrated their few days of freedom from the ever-present suppression in their home country.  Such a simple freedom as being able to wear “normal” clothes rather than being fully covered with long dresses and head coverings gave the women a feeling of liberation.  Being able to sing openly brought an atmosphere of celebration to each praise and worship session, and being able to openly speak of their faith and read their Bibles made each minute of the conference special to every delegate.  Many of them happily displayed their necklaces and bracelets bearing beautiful gold crosses that they enjoyed wearing during their few days of freedom but would soon have to remove and hide in their luggage as they neared the border of their home country.

In personal conversations using translation apps on cell phones and tablets, we were able to learn many of their testimonies of how they came to embrace the “forbidden” and “blasphemous” faith in Christ.  Many of them – approximately one of every four – told stories of having had dreams or visions of a visit from a man dressed in white whom they would recognize as Isa, the name used in the Quran to speak of Jesus – a miraculous answer to the “Night of Destiny,” the climax of Ramadan (the annual month of fasting when Muslims pray for a revelation of God).  One girl told an amazing story of having been asked by a friend to read the Injil, the Islamic name for the New Testament.  After reading the story of Jesus, she was confused as to whether the story is true; so, she decided to employ the traditional practice of “asking Quran” in which the participant says a prayer about his or her concern and opens the Quran with anticipation of finding an answer to his or her question.   To her amazement, she opened the book to a passage about which told the story of the lineage from Adam to Isa.  Taking this as a sign that Isa is the climax of God’s ordained plan for man, she accepted Him as her savior.  Such stories confirm the love of God and His desire to redeem all men.  Even though they prayed to their god, asking him to reveal himself, the answer came from the true God who is more ready to reveal Himself than we are ready to encounter Him!

During the conference, we ministered on basic biblical principles to help shore up their foundational doctrines, with an emphasis on living in the power of the Holy Spirit to give them a supernatural advantage over all the tricks and attacks of the enemy.  However, all our ministry focused on simply encouraging them as we knew that they were headed back to difficult situations where they faced rejection, persecution, possible imprisonment and torture, and even death for their faith.  We also celebrated Christian sacraments that are outlawed in their home country – weddings, baptisms, and communion.

Since we had to make a connection in Istanbul on our way home, we decided to take a layover to spend some time with the host of the conference who had rented a house in Turkey and arranged for his brother, sister-in-law, and nephew from a strict Muslim country to visit.  We began our time by visiting the archeological sites of cities where three of the seven churches addressed in Revelation chapters two and three were located.  Then we took a day to relax on the coast of the Agean Sea.  But our time turned out to be far more exciting than just the adventure of walking through the cities addressed in the Bible and soaking in the sun on a Mediterranean beach.  Even though our host’s family had been living with a miracle for ten years, they had not yet accepted Jesus as their savior.  For the first years of their marriage, they found it impossible to have children.  After several miscarriages, their doctor told them that it was best that they stop trying.  However, when they were visiting with the believing brother, a friend said to the wife that God spoke to her that she was pregnant with a baby boy.  Of course, this friend had no knowledge of their situation; so, the couple refused to even entertain the idea.  However, upon their return to their home country, she discovered that she was indeed pregnant and that the baby was indeed a boy.  That baby is now a loving ten-year-old testimony to the faith that they still couldn’t accept.  However, on the second day of their visit, the wife said that she had decided that she wanted to become a Christian, prayed with our host and his wife, and asked about getting baptized.  Since we were planning a trip to the beach the following day, our host agreed to baptize her in the ocean.  When we arrived at our spot on the sand, we barely got the umbrellas set up before she was insisting that we get into the water so she could be baptized.  She later shared that she had been plagued with constant fear and headaches all her life but that since she prayed to receive Jesus into her heart, the headaches and fear had disappeared.  Then she began to describe how her sister is tormented by jin (the Islamic term for demons) that tell her to cause her to be paranoid and commit suicide.  She said that she wants to see if Jesus can heal the sister’s anguish the same way He healed her headaches. 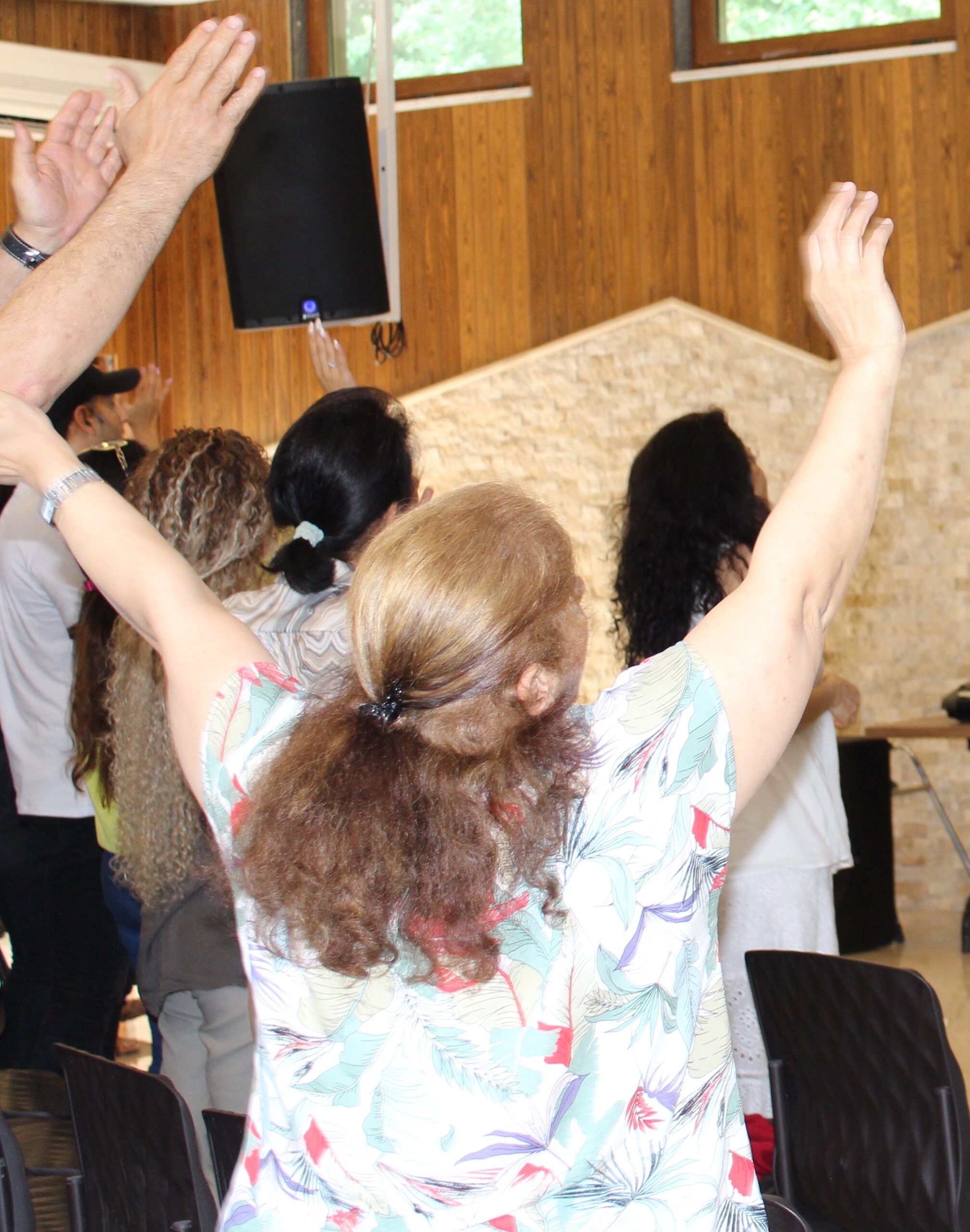 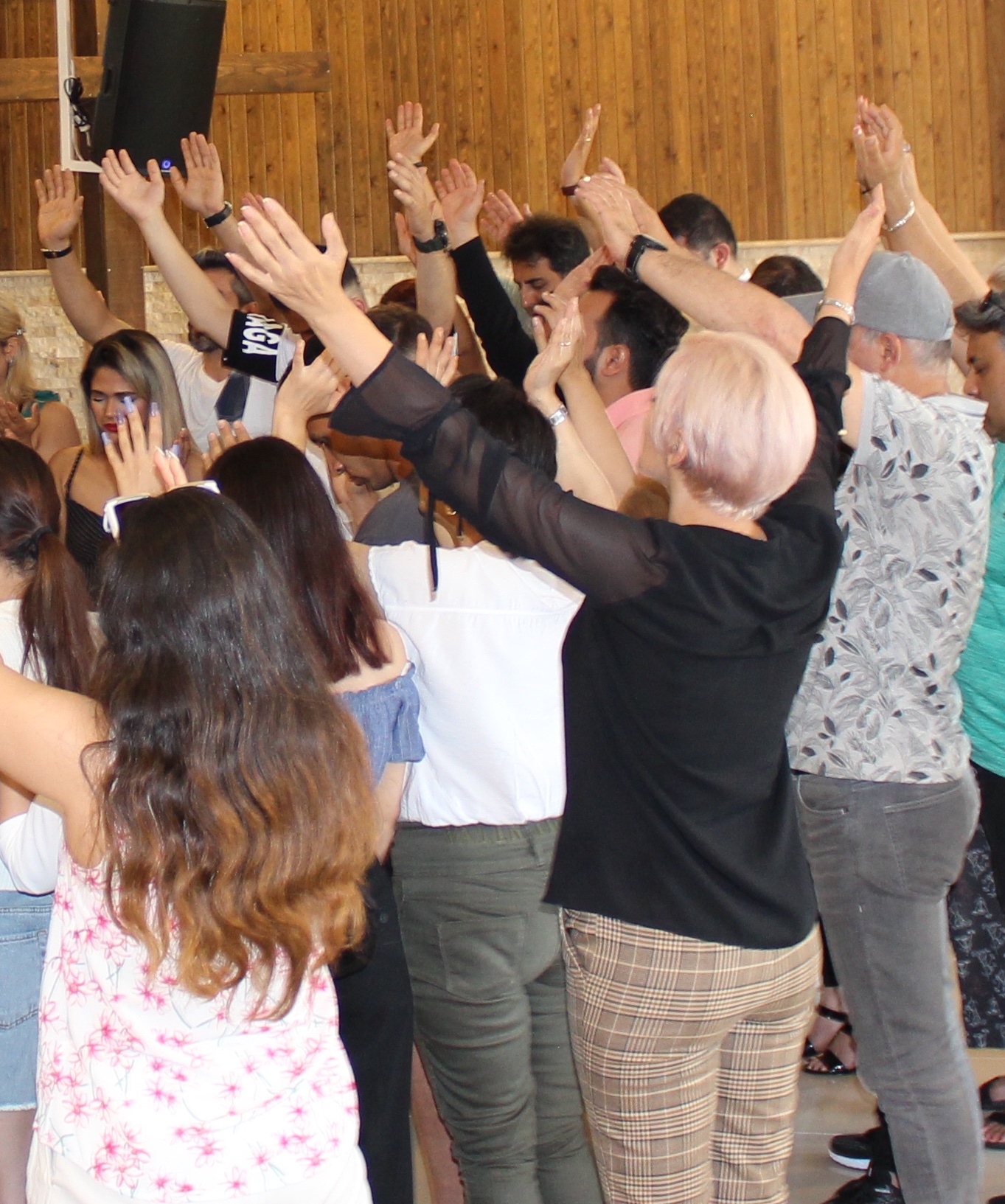 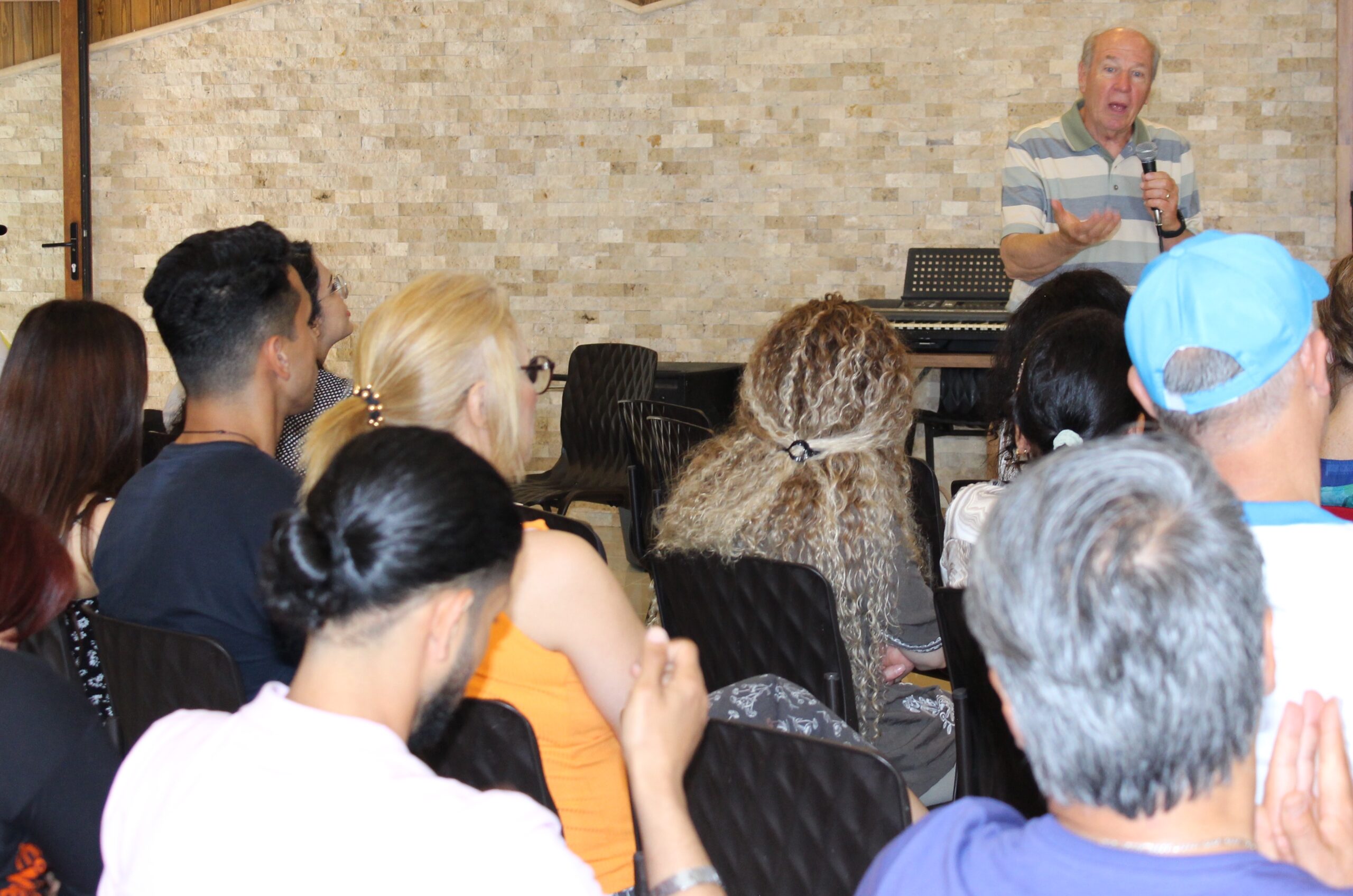