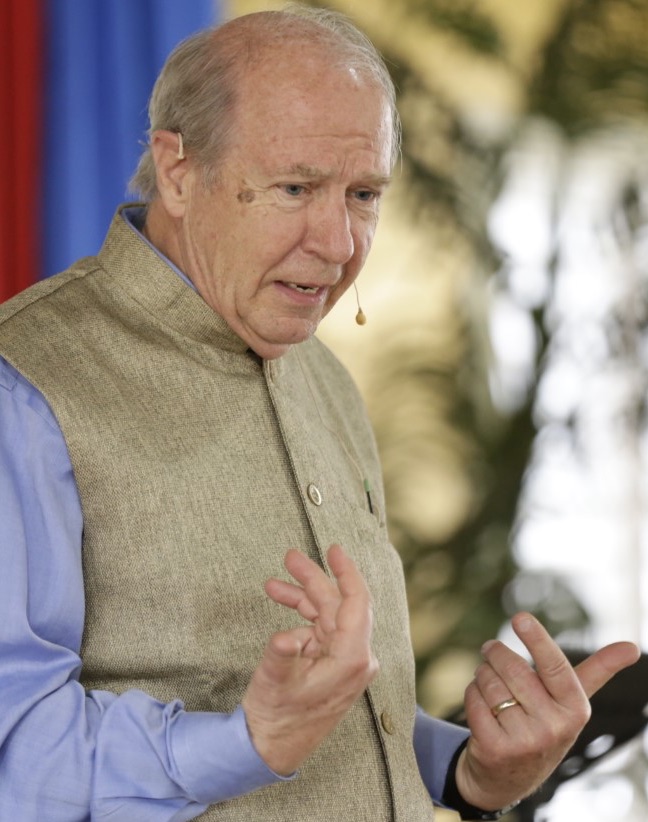 Healings, miracles, and salvations were the “order of the day” during the Charis Bible College mission to the Dominican Republic. Delron led a team of eighteen students who spent a week ministering in churches, schools, and open-air venues in city parks. In each location, the students did original dramas depicting Jesus’ commandment to touch the world through extending His ministry of healing and forgiveness. They followed up the dramas by sharing their testimonies of how they had personally experienced physical healing and deliverance from depression, suicidal inclinations, substance abuse, and mental disorders. They then shared messages from the Word of God and offered to pray for the people. In every venue, almost everyone present responded to altar call for either healing or salvation – and in each location, many testified to having accepted Christ into their lives or to having received instantaneous relief from pain or physical ailments. One particularly special healing was that of the pastor of one of the churches. When the team ministered at his church on Sunday morning, he could not speak above a whisper; so, the students laid hands on him and prayed for him. When he arrived to moderate at the pastors’ conference the following day, his voice was fully restored.

One special blessing on the trip was that one of the team members was shopping at Goodwill just before the trip and felt led to buy some sports equipment to donate to the children in the Dominican Republic. It turned out that the store had a huge quantity of soccer balls, footballs, basketballs, baseballs, bats, and gloves; so he bought them all – six suitcases full! When we got to the DR, our host missionary shared with the team that he has a sports-based outreach and had almost called to ask if we could bring some supplies for that part of his ministry. Instead, he decided to just pray that the Lord would lay it upon someone’s heart to help, and the Lord answered – big time! When we had a chance to give some of the equipment away at one of the youth rallies, the kids got so excited that you could hear their shouting a block away.

One highlight of the week was the pastors’ conference which drew close to five hundred pastors and leaders from all across the country. Delron taught on “The Seventh Man at the Well” – a study on the encounter of Jesus and the Samaritan woman in John chapter four. The focus was not so much on the content of the story itself but on encouraging the pastors to look at the scriptures with a fresh viewpoint so they can discover new insights and learn new approaches to ministry. Many of the delegates at the conference responded with amazement at how much their perspectives had been changed by just this one session. The translator who translated the hand-out materials into Spanish told Delron that he had never gained so much depth of revelation in such a short publication.