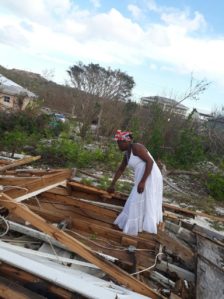 Just over one year ago, a team from Teach All Nations had the privilege of traveling to the Turks and Caicos Islands to hold a week-long conference in the island paradise.  But today, that paradise has been ravaged to the point that it could easily be mistaken for purgatory rather than paradise.  At best, it looks like a war zone as it was severely damaged by Hurricane Irma.  About eighty percent of the city where we had ministered was destroyed while some of the surrounding areas suffered one hundred percent destruction.  Fortunately, the family of the pastor who hosted our team survived the storm, but the same cannot be said about their physical property.  Half of the church building was destroyed, and the roof was ripped off of other half.  The pastor’s wife had invested all of her life savings into building a kitchen in the church to feed the people, and all of her years of efforts were destroyed in minutes – even before she was able to celebrate the grand opening!  The pastor also owned a couple rental properties that provided his livelihood; unfortunately, they too were completely destroyed.  Although his personal home sustained severe damage, Irma left it on its foundations.  The members of the congregation also suffered devastating losses.

Unfortunately, none of these were covered by insurance because the cost of hurricane insurance is beyond what the people can afford.  Even more tragically, the pastor had just returned to the island after being away studying in the US for the past several years.  Upon his return to the island, he had begun the process of getting insurance on his properties, but the hurricane came before he was able to make final arrangements.

As soon as we received the news about the catastrophe, Teach All Nations responded with an offering to help them begin to rebuild.  Partners of the ministry have generously added to our initial gift, and we are so grateful for that expression of support – especially, considering the fact that they had to start the recovery process even as another hurricane (Maria) was bearing down on them!  The first project in the recovery effort was to rebuild the feeding center.  An organization donated a generator so that – even while the city was still without electricity – they could prepare meals and provide meals for the community.  The pastor has summed up the situation with, “God has turned the destruction into an opportunity!”

As the people in the congregation began to rebuild their homes, the government stepped in and demanded that all makeshift repairs be discontinued and that no construction could continue until all plans were approved and there was a guarantee that every building would meet current safety and building codes.  Since most of the congregation cannot afford the necessary architectural fees to satisfy the governmental requirements, they are left essentially homeless with no real hope of rebuilding in the near future.  The pastor is praying that he can find funding to purchase a large parcel of land on which he can build a new church and construct what he labels as a “Christian village” where he can provide homes for his displaced congregants.

If you would like to add your assistance to the recovery effort, please use either our online giving link or send your check labeled “TCI” to:

Thank You For Donating To Teach All Nations Mission: 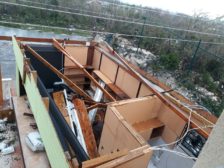 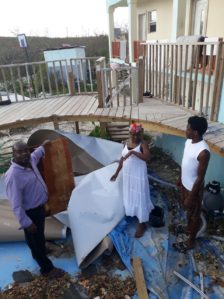