Shrikes of joy echoed through the banana and mango trees and reverberated over the stalks of maize as the little old lady rushed out to greet us. Yes, she had something to rejoice about in that a whole team of muzungus (foreigners) had showed up to help finish building her house. Since her old home had deteriorated to a point beyond repair, the local church had undertaken the project of constructing a new home her and the five grandchildren that live with her. And Delron’s team of fourteen students from Charis Bible College had the privilege of laying the final bricks and putting on the roof to compete the project. We are certain that this precious little lady had no idea of the sacrifice the team had made by flying for a day and a half to reach her nation of Uganda and then crawling out of bed at 4 o’clock the next morning in order to make the three-hour bus ride from Kampala to her little village in the distant “bush” area of the country. All she knew was that the loving God that she serves had supernaturally provided the materials for her new home and had just as miraculously provided the necessary workers – even if He had to bring them from America – to make her dreams come true. After completing her home and praying over it, the team moved on to its next assignment – building another home for another widow in the neighboring village. Again, her uncontainable shouts of joy brought together almost the entire village to celebrate the completion and dedication of her new little home. 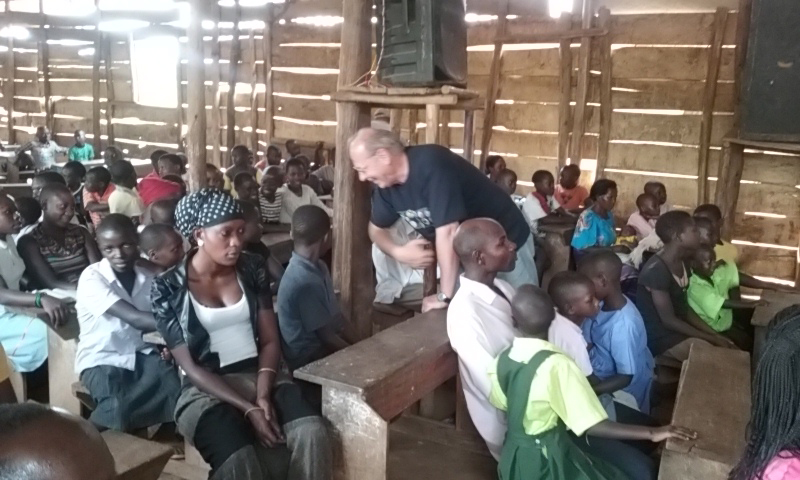 After sharing dinner with the local villagers, we held an outdoor showing of the Jesus Film, which drew almost all the residents of the village. When we saw eleven villagers respond to the altar call at the conclusion of the film, everyone felt that our nineteen-hour-day was well worth all we had put into it.

The next morning, we were off to another village where we held a youth conference focused on Christian principles about issues that they face every day – staying in school, sex, and marriage. At the end of the concluding session, the team gave an altar call and invited the students to come forward for prayer. Thirty – including our Muslim bus driver – prayed to receive the Lord. A few days later, we had the privilege of baptizing the driver in Lake Victoria, the second largest fresh-water lake in the world. That evening when we presented the Jesus Film on the village’s soccer field, a large crowd gathered to see the film and hear the testimonies that the team shared at the end of the movie. 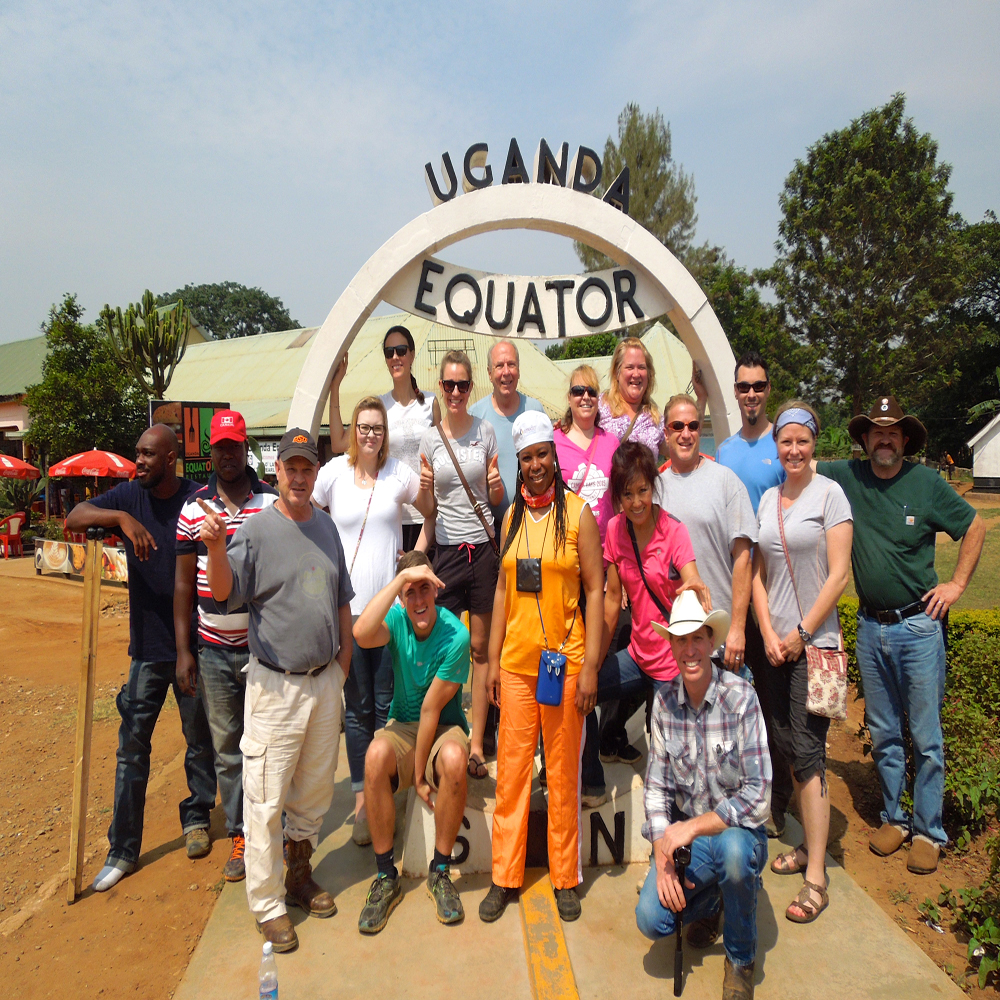 It was in this village that a ninety-plus-year-old-lady came for prayer because she had never seen a white person before. It was hard to imagine that she had never had the opportunity to meet a Westerner – maybe an aid worker or a doctor – at any point in all those years.

The following day, we traveled to yet another village where we were joined by two medial doctors and several interpreters so that we could provide a medical clinic to the poor who would not otherwise be able to receive even the most basic medical care. Before the people had their appointments with the doctor, they were individually prayed for by the team members. The result was that there were too many healings and deliverances to keep track of. We also saw a large number of people receive salvation during the clinic.

Let me share my two personal favorite incidents from the day at the medical clinic. The first story is about the woman who described a full list of her aches and pains. When she finished, I said, “Everything except your legs.” She quickly responded, “Oh, my legs hurt, too.” The second story is about a gentleman who was healed of back pain when we prayed for him. When I asked him if he wanted to accept Jesus, he responded that he would get saved later, but not right then or at the school where the clinic was being held. He went on to explain why he resisted the sinner’s prayer that day – as a Catholic, he was afraid to get saved at the Catholic school building we were using for the clinic. Apparently, he was afraid that the priests would hear about his conversion.

After three days of intense ministry, we headed back to Kampala where we had the opportunity to do dramas and music ministry in the main service and to teach in the children’s service in one of the nation’s leading churches. We spent our last day in Uganda ministering in the Bible college and doing street ministry in downtown Kampala. Unfortunately, our time was cut short when riots broke out in the city over the election that was to be held just two days after our visit. As police and SWAT teams flooded the city, we hurried to get out of town before the highways were closed. As the blare of sirens bade us farewell, we remembered the shouts of joy that had welcomed us and realized that the difference was due to just one factor – the love of Jesus. The trauma of our exit simply served to confirm the necessity of our returning again someday with more of that massage of love to share with the precious people of Uganda.