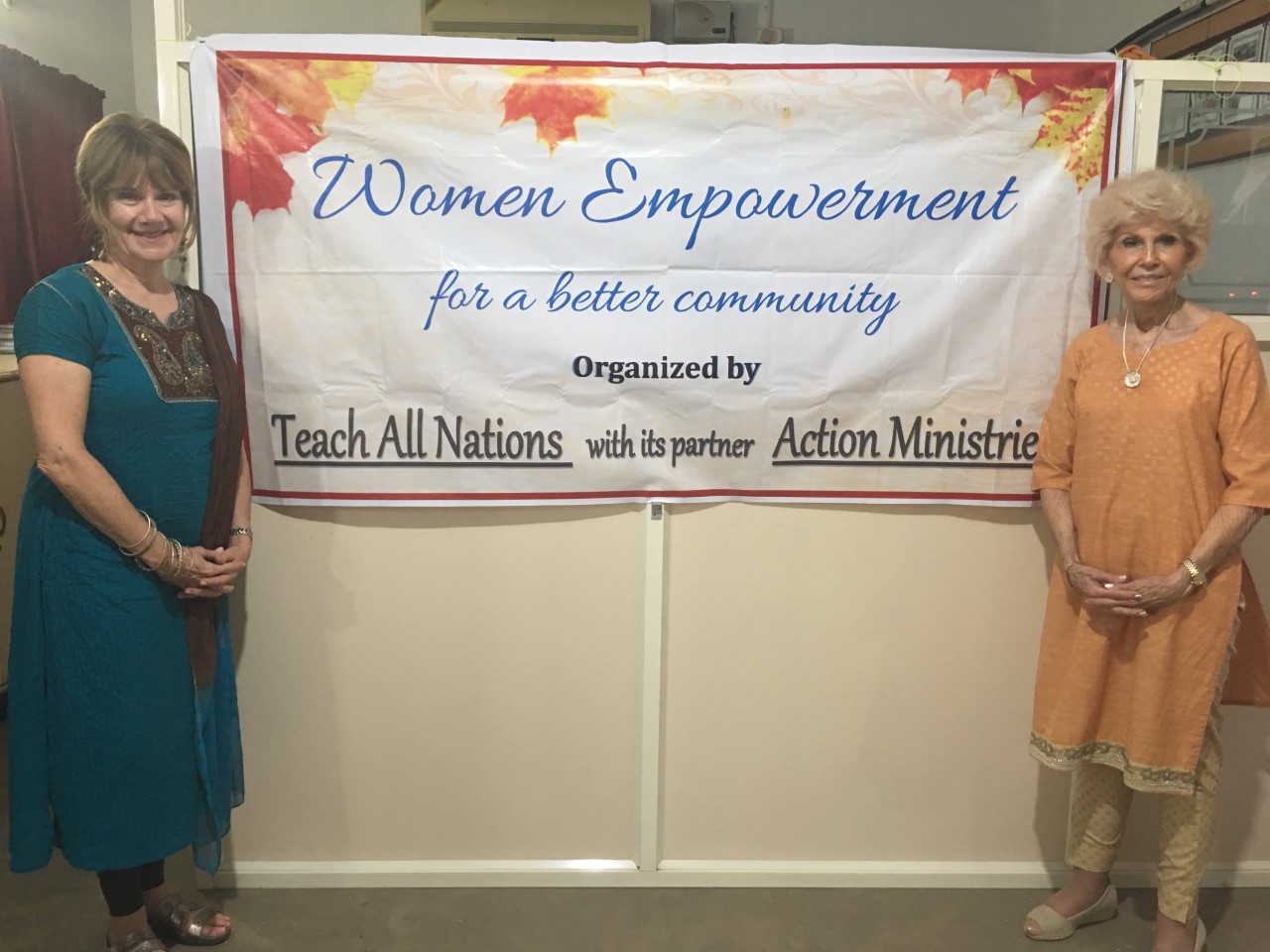 Linda Easton and Peggy traveled through a major portion of India to hold a series of women’s conferences in what Linda described as one of the most productive trips she had ever taken. She noted that even though the political influence in India is striving to turn the country into a Hindu nation where they worship anything and everything and the anti-conversion law is getting more rigid, she saw that Christianity is truly growing in India. Scripture is clear about the church’s mission is to share the gospel in all nations – no matter how hard the circumstances.

The two ladies had a very busy schedule that began with a women’s conference and a church service in Delhi. After a full day of travel, their next stop was a town on the border of Bhutan where they spent several days in varied ministry including a women’s conference that was attended basically by Bhutanese women who came across the border for the training, participation in a graduation service for a Bible of training program that also involved a number of Bhutanese nationals, and ministry among five tribal groups who were very young converts to the faith. Since these tribal groups are basically illiterate, Teach All Nations provided solar-powered audio Bibles in their own language and visual Bible lessons for each tribe. Their final stop on their journey was the city of Hyderabad, where they held one more women’s conference and taught at the Charis Bible College there. In the seventeen meetings they held, Peggy and Linda were excited to see the hunger in the women as they taught from Peggy’s Women for the Harvest. Book. She brought a suitcase full of books from the States for the women who could speak English. While in India, she arranged to have it translated into Hindi so that all can read it on her next trip. In addition to teaching, Peggy and Linda also ministered healing and deliverance – with a number of women healed from growths in the breast and several set free from demonic oppression. 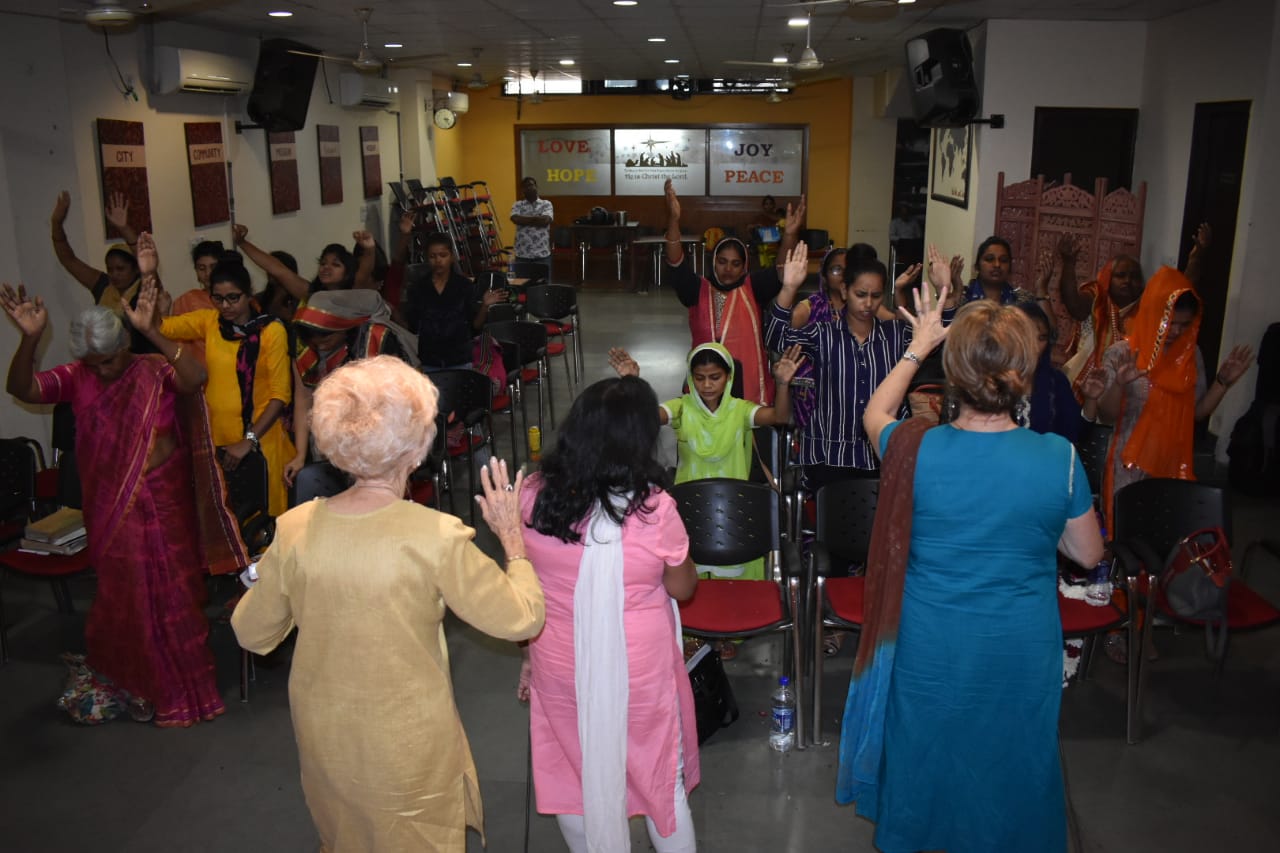 The national host described the meetings with glowing comments, “India is a diversified nation in terms of language, culture, religion, and the interdenominational Christian bull fight over women leadership; yet, the two beautiful charms – Peggy and Linda – embarked on a journey to bless the women of the land. It was indeed a blessing to see the vibrant duo hit this land with its challenges, barriers, and primitive thinking as pioneers for God with a spark of biblical perspective on the role of women in the church. Their approach to the biblical role and leadership for women was intense, yet balanced with submission and adherence to the male in the family and church. As Peggy and Linda encountered the women in various parts of India, their personal testimonies triggered the minds of those who had been rigidity held in bondage to traditional male-dominated teachings. Revoking these thoughts, the liberating truths of the Word of God generated self-worth in the women and motivated them to identify God`s purpose for their lives. The meeting, messages, prayers, and just plain love exuding from Peggy and Linda rekindled hope for the future and lightened their burdens. These two great women of faith and the experiences they shared brought transformation to the Indian cultural mind-set concerning women. The woman of Indian churches needed to see the call of God on the life of a woman as a creation of God who holds eminence in the Bible. Through their “power storming” sessions and powerful manifestations of God’s power, Peggy and Linda beautifully tackled such alarming issues as depression, anxiety, health, discipline, hearing the call of God, and witnessing for Christ. These meetings were a great beginning and awakening to what God is doing among the women of India. He is definitely raising the platform for women leadership and sharpening their tools of ministry – paving the way towards the three big S – Strong, Stable, and Submissive leadership in Indian churches.”