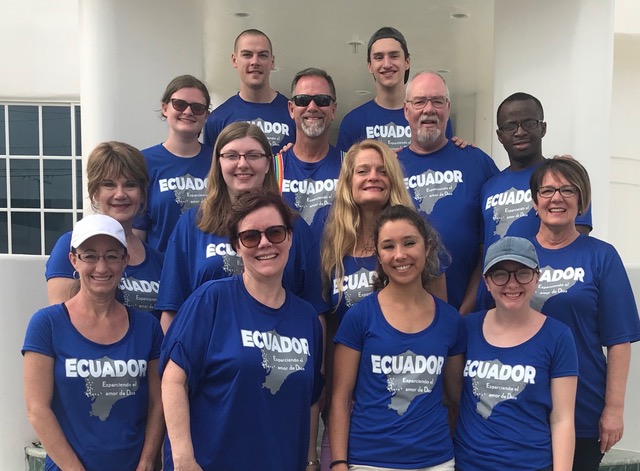 Salinas, Ecuador, will never be the same after the Charis Bible College group of fourteen students ministered there. Though it was a mission trip that lasted only eight days, the miracles the Lord did through them will last forever. The team ministered for a pastors’ conference, in schools, at a rehab center, and in fourteen different churches. In each location, the team found that the Ecuadorean people were open to receive healing, salvation, and the baptism in the Holy Spirit.

At Charis, the students learn to walk in faith and are encouraged to be bold in operating in the gifts of the Holy Spirit. Peggy said that — as the leader of the team – it was so rewarding to see how all the students let the Lord lead and use them. She watched and help translate when people who were prayed testified, “Si, yo soy bueno ahora” (I am good [healed] now.) They were so happy. The student who chronicled the reports from the team members said that there were at least thirty-five healings, seven salvations, and two baptisms in the Holy Spirit. Of course, there were many more that were not recorded because of the language barrier; however, the tears and smiles on their faces were evidence that the Lord had touched them.

At one church, the keyboard player was having difficulty playing and asked one of the students to pray for him. Immediately, the pain in his shoulder stopped and his music playing improved. He rejoiced as he swung his arms around to show the church how God had touched him. In another service, a lady came forward for prayer in response to a word of knowledge about someone suffering from depression. After she counseled and prayed with the student, she felt the darkness that been hanging over her lift and went out of the service a person with a smiling face full of joy. 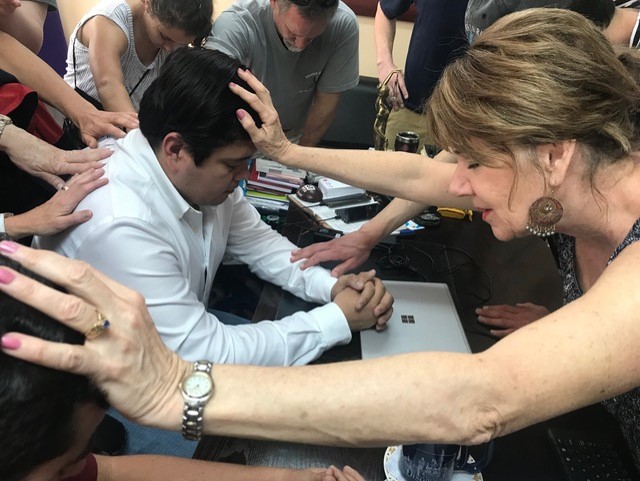 One highlight was the afternoon that the team was invited to pray for the mayor of Salinas and his friend who will soon become the new governor. Although they are of another denomination, they welcomed the team who focused on how to love them and be one with them in Jesus. The team spent over an hour with them – giving them scriptures and encouragement from the Lord. As the students prayed for them at the end, Peggy was prompted to lay hands on the men. As she prayed, the tangible power and heat of the Lord came down on them and both officials responded with tears and gratitude. The session ended only after the security officers came in and reminded the officials that they had a roomful of other guests outside waiting to speak with them. Peggy commented that she is sure that these two government officials were forever touched by God.

In summarizing the trip, Peggy remarked that she is rejoicing that the team was able to see the prophecy from the book Daniel fulfilled, “Those who know their God shall be mighty and do exploits.” 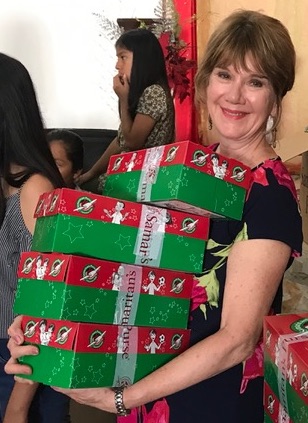 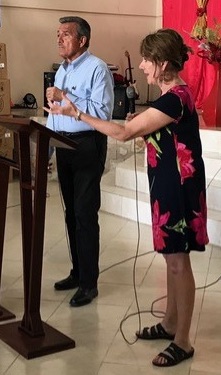