When Teach All Nations was invited back to the Democratic Republic of the Congo to hold our third pastors’ and leaders’ conference in the city of Bukavu, Delron asked Peggy to come with him and use the trip as an opportunity to travel with Redeeming Love Ministry’s director Julie Mapatano to visit a humanitarian project that we help support in the village of Luwindja – feeding over two hundred fifty children each day. Prior to initiating the project, the children would often faint in the classroom from lack of nourishment. Peggy said that the children were filled with overflowing joy even though they were given only a plastic mug of porridge! Since Julie started this once-a-day feeding, the students are visibly healthier and their teachers say that they were doing so much better in their studies. Looking into the faces of these little children, Peggy was reminded of Matthew 25 – “I was hungry, and you fed me” – and realized that it was happening right before her eyes. In addition to having the opportunity to help serve the porridge and distribute school supplies, she was also privileged to minister in the local church where she shared on freedom from fear – a topic that certainly was relevant among those who have many fears after having suffered so much from civil war, hunger, poverty, and oppression.

END_OF_DOCUMENT_TOKEN_TO_BE_REPLACED 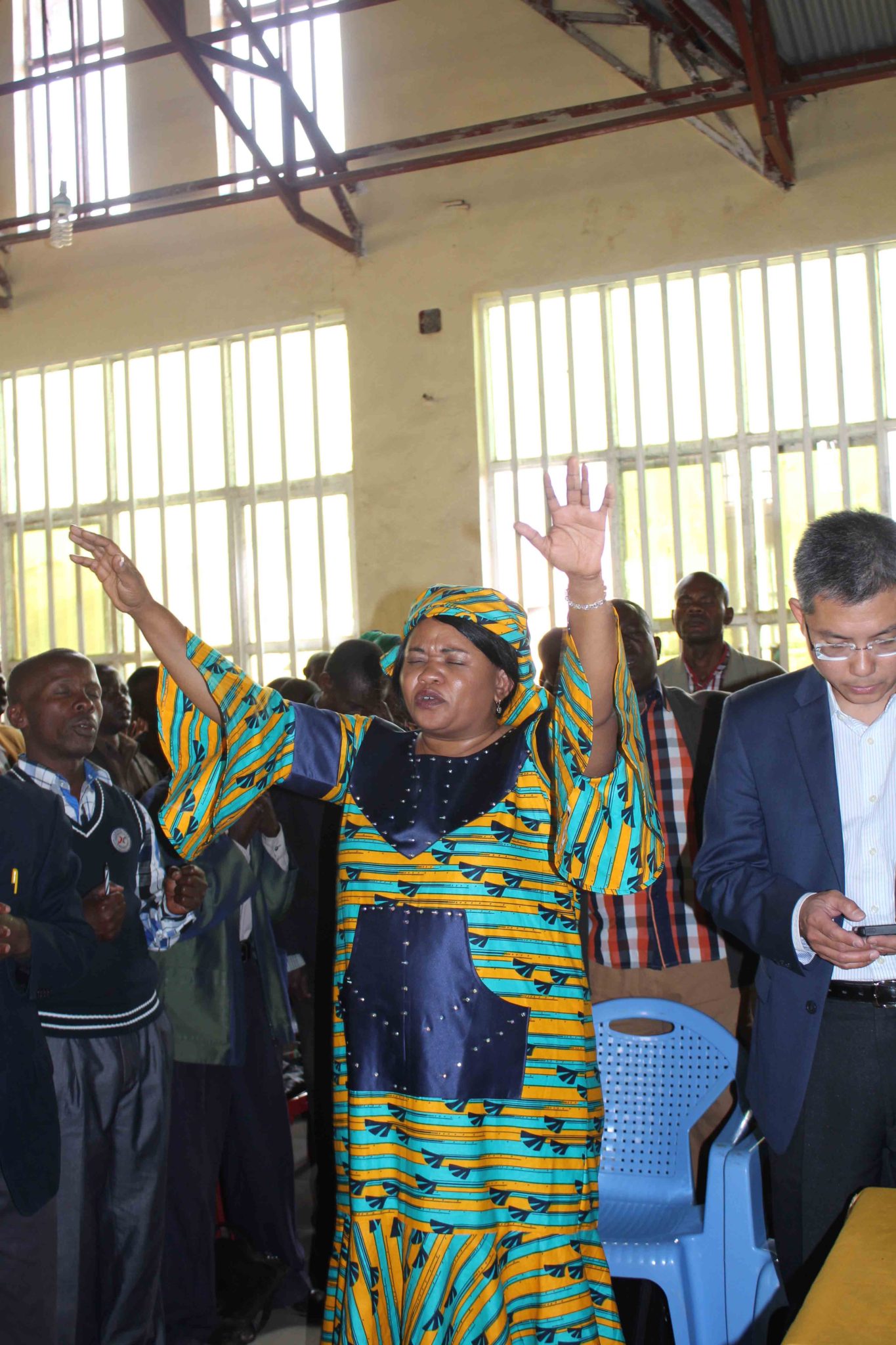 “Duboo! Duboo!” The people shouted when I walked out of the airport. On my previous mission to the Congo, I illustrated one of my messages by telling the story of an encounter with one of the bears that live in our neighborhood and often invade our backyard – well, actually, we are invading their backyard since they lived on our mountain long before humans settled there. Because I learned the Swahili word for “bear” to use when I told the story, everyone remembered both my illustration and me – resulting in my nickname, “Duboo.”

This warm welcome introduced my team’s five days of ministry in the Democratic Republic of the Congo. With me were Julie Mapatano (a former student and a native of the area who had introduced me to the people there), Fred Taylor (another former student who now teaches in a Bible college in California), and Terence Tan (a medical doctor who has a powerful anointing for healing). Our mission assignment was to hold a number of church services on Sunday morning followed by three days of pastors’ conferences and three nights of evangelistic and healing crusades.

The pastor who was in charge of the pastors’ conference extended a compliment by saying, “You are old, but you preach like a young man. Many young men can’t preach like you do.” So, I guess I am remembered in Africa as an old bear.

The conference meetings attracted civic and educational leaders as well as the original six hundred pastors who were invited, and by the end of the three days the attendance maxed out the seven-hundred-seat capacity of the church. Likewise, the crusade meeting totally filled the thousand-seat auditorium where the meetings were held. Additionally, the ministry touched the entire city as all the Sunday services and the evening crusades were broadcast live on the local radio station.

END_OF_DOCUMENT_TOKEN_TO_BE_REPLACED

The mission to the Democratic Republic of the Congo has been in my heart for several years – beginning with a Congolese couple who were students at the Bible school.  As I got to know Isaac and Julie Mapatano, I came to have a deep respect for their sincere faith and their love for people – and especially for their fellow countrymen back home in the Congo.  Both were employed and making good salaries in the US, but felt led to give up that security to be trained for the ministry so that they could make a difference in the lives of people of the Congo.  However, tragedy struck during their first year in the Bible school, Isaac was suddenly taken away by a massive heart attack, leaving Julie with seven children to support, no job, and school and hospital bills to pay with no insurance or savings.  With a supernatural determination, she stepped out in faith and believed God to provide for her and her family – and He did, miraculously paying off the hospital bills, supernaturally supplying all the family’s needs, and phenomenally comforting Julie and the children through the whole ordeal.  Julie continued in her Bible school training and joined me on a mission trip to Nicaragua as part of her second-year requirements.  It was during this trip that I saw something amazing in her – the heart of a mother.  She was always caring for the other team members as if they were her own children – as if she didn’t already have enough of her own.  Much later, I discovered that her original African name – as well as the English equivalent – actually means, “Mother of Many Children.”  And, indeed, it seems that her mother was prophetic when she gave her that name because Julie – in spite of her own needs – has determined to find a way to feed, clothe, and provide school fees, uniforms, supplies, and medical care for the children and to supply food and clothing for the widows of her native Congo.  Due to the wholesale slaughter of the men in the country during the civil war and the massive loss of life when sub-Saharan Africa was inundated with AIDS, there is a whole generation of men missing, leaving behind a population of widows and orphans – hurting souls that Julie has adopted as part of her incredible family. END_OF_DOCUMENT_TOKEN_TO_BE_REPLACED